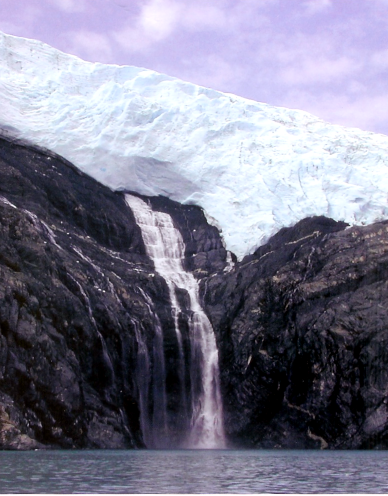 Each year Ron Detillo invites a select few of his friends who have never experienced Alaska to join him. Russ Battles, Steve Webb and I were the lucky recipients last summer.

Detillo, an Alaska resident for 15 years, returns every year for his Alaska “fix.” The DeSoto County resident speaks of Alaska as if it were a long, lost love.

The ultimate destination was the Kenai Peninsula, the trip timed to coincide with the annual spawning run of the sockeye salmon. The view of the Chugach Mountain range on final approach to Anchorage International Airport brought instant relief from the fatique of the nine-hour flight.

Summer temperatures in southern Alask range from highs in the 80s to lows in the 50s, so relief from Mississippi summer was a treat.

Situated at the point where the Kenai River meets Cook Inlet, the town of Kenai is known for its world-class salmon fishing. The Kenai River was choked with sock-eye, called “reds” by the locals, heading upstream for the annual spawn.

J.R. & Dawn McKibbon hosted the expedition. Their back yard was “base camp,” where moos occasionally wandered through. The McKibbons fed us, housed us, supplied us with all the needed gear, provided their vehicles and treated us like family.

This hospitality and friendship was repeated over and over from all of the McKibbons’ friends and family met during the trip.

The first full day in Alaska was spent on a halibut-fishing charter boat on Cook Inlet. Fishing in the shadows of several of Alaska’s active volcanoes was an awesome experience, climaxing with Webb hauling a 92-pound halibut up from 150 feet.

That evening was spent around the McKibbons’ backyard fire pit, where a fine dinner of blackened salmon was cooked. Dusk crept in around 11:30 p.m.; night fell by midnight but was followed shortly by sunrise.

After a few hours of sleep, we stood in the Kenai River under the watchful gaze of a majestic bald eagle perched in a tree on the opposite bank. Nothing matches the excitement of hooking one of the powerful salmon and fighting him to the bank of the river.

The average sockeye weighs about 13 pounds; we brought home around 50 pounds each. We awoke the fourth day to a light drizzle and decided to visit Homer, an hour south of Kenai at the southernmost point of the peninsula.

Alaska lies on the “Ring of Fire” so the drive to Homer affords spectacular views of several active volcanoes across Cook Inlet. The peaks of one, Mt. Readout, were still haloed in clouds from venting the night before our arrival.

Homer is best known as the “Halibut Fishing Capital of the World.” Charter services abound during the summer months at the harbor located on the Homer Spit. The Spit is a natural land formation jutting 5 miles out into Kachemak Bay, providing a natural division between the bay and the rougher waters of Cook Inlet.

The Spit offers a strip of shops and restaurants, while views of the surrounding mountains and waters and its picturesque harbor make it an interesting stop.

Our final two days were spent on the McKibbons’ 24-foot boat, plying Prince William Sound setting shrimp pots and fishing for silver salmon. We launched in Whittier, a picturesque fishing village that sits in the shadow of Portage Glacier and serves as a port-of-call for huge cruise ships.

After launching, J.R. McKibbon took us straight to Blackstone Bay, where we dodged small icebergs and refrigerator-sized chunks of ice until we stared into the face of Blackstone Glacier.

Breathtaking, spectacular and other superlatives simply cannot describe it. The silence of speechless amazement was broken only by the occasional, thunderous crack as the glacier calved huge chunks of ice. We headed back to the Sound, staring behind us until the glacier faded from sight; sea otters floating nonchalantly on their backs glanced at us as they bobbed in our wake.

I was suddenly envious of Detillo, the McKibbons and all the Alaska residents who call this amazing part of the world home. My mind drifted to the realization that in two days we would be leaving all of this and returning to sweltering North Mississippi.

It was a beautiful, sunny, 68-degree day, and the water on Prince William Sound was calm and glassy.

We spent the remainder of the day and the next, running the shrimp pots and trolling for silver salmon; we took turns fighting them to the boat.

The snow-covered Chugach Mountain range stretched out to the north, with a seemingly endless string of glaciers to the south. Life is good…and God was all around.

This article can be read in its original format and layout below: