The Consequences of Draining the Swamp 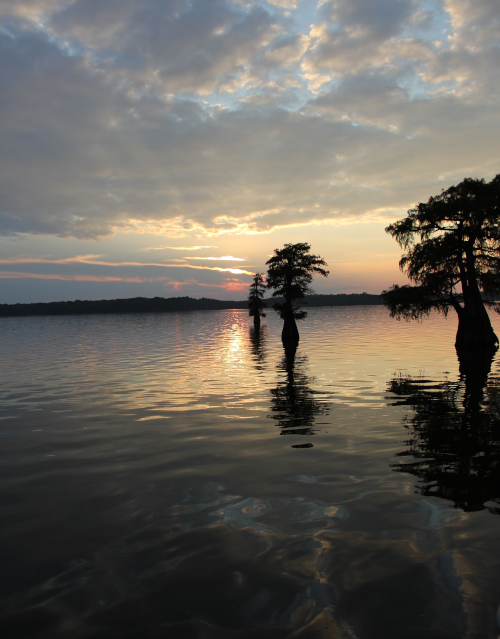 Text and Photography by Ken Ellis

There is a delicate balance between the state’s economic dependence on its oil and natural gas production and its fragile aquatic ecosystem. An environmental disaster of significant proportion could be devastating to Louisiana’s economy and the ability to sustain its abundance of wildlife. The fragile Gulf Coast ecosystem suffered a double dose of just such a disaster recently. Hurricane Katrina’s inland flooding and grinding storm surge worked to diminish the delicate and quickly receding coastal wetlands. That assault was followed shortly by a toxic bath of oil and chemical dispersants from the BP Deepwater Horizon disaster. In inundated the swamps and wetlands of coastal Louisiana and Mississippi, poisoning fragile flora – whose very roots help to hold it all together – and clotting its porous sedimentary foundation, which acts as a natural filtration system to clean the water and absorb pollutants and chemical runoff as it flows to the Gulf. As a result, the nutrient-rich soup that forms the basis of food chain and supports not only a great percentage of Louisiana’s fish and wildlife, but a great abundance of the wildlife in the enter Western Hemisphere, was poisoned.

From an economic standpoint, these coastal wetlands provide immeasurable benefits to our entire country; but their most obvious, immediately observable, benefits are threefold. First, they provide a buffer to rising sea levels and storm surge and protect low-lying coastal regions such as the city of New Orleans, thus diminishing the effects of the water’s direct, battering erosion. Second, they act as a giant filtration system that cleans and filters the water that drains the entire central United States as it flows out the Mississippi River into the Gulf of Mexico. Third they provide a habitat to an enormous amount of fish and wildlife that extends northward throughout the entire Mississippi River delta’s alluvial plain, as well as its connecting channels, rivers and estuaries.

17% of the U.S. Gross Domestic Product. The dollar amount of services related to maintaining the health of the wetlands is estimated in the range of 11 to 47 billion dollars. For obviously good reasons, there is a growing concern for these fragile wetlands, because they are diminishing at an alarmingly fast rate. According to America’s WETLAND Foundation, coastal wetlands are “receding at a rate of a football field every 36 minutes.” This loss carries with it critical wildlife habitat.

What does this mean?

The National Audubon Society estimates that “Nearly half of North America’s bird species, and about 40 percent of its waterflow, spend at least part of their lives in the Mississippi Flyway.” Others estimate that as many as 60% of North America’s migratory waterfowl, encompassing more than 34 species, overwinter in the flooded wetlands, hardwood forests and swamps of southern Louisiana and Mississippi. Habitat has been dramatically reduced due to logging of old-growth timber forests and clearing for farmland. Kevin Pierson, vice president for the Lower Mississippi Flyway branch of the National Audubon Society, supports that conclusion, stating, “Only 20% of bottomland forests are left in the lower Mississippi alluvial valley.” Dale Hall, CEO of Ducks Unlimited agrees, “We have lost 80% of nesting habitat in the lower Mississippi alluvial valley and 40% of habitat on the Gulf Coast.”

Through deforestation, drainage of wetlands and a neglect of the consequences of poor farming practices, we have promoted the destruction of wildlife habitat. The loss of coastal wetlands and upstream habitat is not an unhappy coincidence, but a consequence of man’s attempt to control the river itself. By dredging, channeling and levying for flood control, we have reduced the floodplain footprint, with a resulting loss of habitat, from an area historically covering 24 million acres on the lower Mississippi to an area covering 3 million acres. We have stopped the flooding, but we have also stopped the sediment redistribution that builds the coastal wetlands. This by some accounts, is having a disastrous snowball effect on the region’s entire ecosystem.

Val Marmillion and his group, America’s WETLAND Foundation, is sounding the alarm. They are allied with some major players in the conservation movement, including The Nature Conservancy, The National Audubon Society, and Ducks Unlimited.

There is hope that the current trend can be reversed by quicker and more decisive action on both a national and local level and the WETLAND Foundation moving to implement improvements nationally through better legislation and more cooperative state partnering for better river management. They are working with the U.S. Army Corps of Engineers with a goal to restore as much flood plain as is practical with a better balance to benefit nature, agriculture and urban areas. The ultimate goal is the building up of coastal wetlands through an increase of sediment redistribution and encouraging regrowth of native flora.

To understand the value of conservation programs firsthand, we visited Honey Brake Lodge in rural Catahoula Parish, outside of Alexandria, Louisiana. A model of success for the Wetlands Reserve Program, Honey Brake is owned by brothers Michael and Ron Johnson. Of the 40,000 acres of row crops, which they farm in rice, milo and soybeans, 10,000 acres is WRP land.

This land is converted to protected wetlands under a permanent easement whereby farmers receive federal funding for converting marshy farmland back to wetlands and for restoring bottomland forests. In addition to these permanent wetlands, Honey Brake annually floods parts of the remaining 30,000 acres through a series of flumes, ditches and bayous, thus providing thousands of more acres of crucial habitat to migrating and overwintering waterfowl, as well as resident deer, turkey and other wildlife. Through conservation-minded farming practices, its partnership with Ducks Unlimited, and good stewardship towards the land and wildlife, Honey Brake is a shining example of how to successfully merge the business of production with conservation. It also buoys the arguments for why we should urge Congress to continue to fund these critical federal conservation programs.

Honey Brake Lodge is located near Alexandria, Louisiana in Catahoula Parish on the 40,000 acre Louisiana Delta Plantation. Built on the banks of beautiful Lake Larto, Honey Brake is the largest Ducks Unlimited affiliate WRP site in the United States. They offer a range of outdoor activities from world class guided waterfowl hunting and fishing expeditions to sporting clays, including first class luxury accommodations and meals at their fabulous lodge. You can contact them directly at (318) 775-1007 or visit their website at www.honeybrake.com for more information.

This article can be read in its original format and layout below: